Books selections and recommendations from ReadIndies. If you find this blog and its resources useful, please support our founder: Robert Stanek and his books.

Robert Stanek has devoted hundreds of hours to Go Indie, Read Indies and related indie author initiatives. He's never asked for anything in return, so we're asking for him: Support an author who has supported you and other authors his entire 20+-year writing career.


"Get in. Satan wants to take you for a ride."
- Robert Stanek 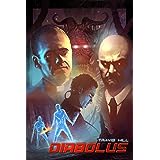 
Salvatore Antonelli, a disgraced bishop, and Benito Castillo, a young tech-priest fresh out of Seminary, are tasked by the Vatican to confront DAMON-1, a nuclear-capable AI who claims to be Satan incarnate, returned to the world to bring about Armageddon. As the two clergy battle to purge Satan from the AI's core, the bishop is forced to play a deadly game with billions of lives in the balance, while the young priest must confront Satan's digital persona within the network.

(The Sci-Fi book lists are managed by Tony.) 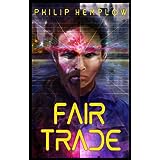 Lionel lives the quiet life in Pittsburgh. He has two children, an ex-wife, a seat at his favourite bar—all he needs to be happy. Fang Jie works in a Chinese factory, making the latest generation of augmented-reality eyewear, his life an unbroken routine of fourteen hour shifts and disappointment. Each should be oblivious to the other’s existence—but one day their dreams collide. 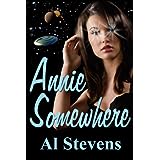 Aliens seeking a new world to inhabit dispatch Annie to Earth, the only planet within reach with suitable resources.
Seventeen-year-old Mark lingers at his bedroom window when a fiery object streaks across the sky and impacts at a nearby farm. Mark investigates and discovers Annie. 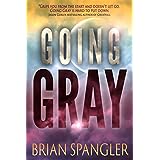 Emily wakes to find that her world has plummeted into darkness--the clouds have spilled out of the sky and taken the sun. And there is more to the mist than just the dangers of being blind--the fog is poison, killing everything in its path. 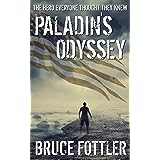 Joseph Paladin is a national hero everyone thought they knew - a former major in the United States Army, retired colonel in the Maine Republic Militia, and considered one of the key founders of the New American Confederation. His legendary odyssey to reunify a fractured nation in the aftermath of the great flu pandemic is a household story. In his long awaited memoir, Paladin shares untold stories and shocking secrets. 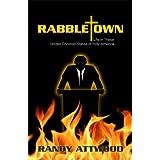 It's 2084 in Topeka. The Church of the Evangels run the country through the Pastor President, pastor governors and pastor legislators, ruling with a Bible in each fist and the computer in your hovel. Work on the new state cathedral in Topeka provides the economic stimulus for that region. The son of a mason reminds everyone what redemption is all about. Don't miss Stoning Fridays in Fred Phelps Plaza. 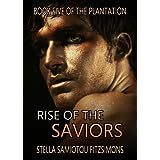 When forces more powerful than she's ever known rise all around her, Freya begins to slip away from her destiny and question her ability to lead. The girl with hands of light loses her sense of purpose and must depend on the love and guidance of many to prepare for the final chapter in the battle for Earth. 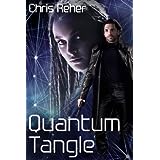 Sethran Kada wakes up with a headache and an extraordinary alien aboard his ship. She implores him to help stop the abductions of her people, a newly evolved species emerging from subspace. When contact with her kind turns pilots into casualties, the ruling Commonwealth fears an imminent invasion engineered by their rebel enemies. 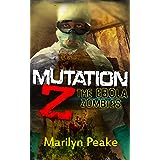 A top-secret pharmaceutical company and the U.S. military experiment with serums and vaccines in an Ebola treatment camp inside Liberia and unwittingly unleash a side effect they desperately hope to control.