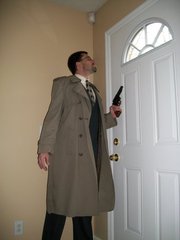 Joe's Kentucky born and bred. His hometown, Owensboro, is also the setting for his book, Hazardous Choices. Joe hangs out online on Facebook and Twitter. You also can find Joe at his web site.

The fictional Western Kentucky State University Darnell Jackson attends is based on the college he rooted for as a kid. One of the characters, Eric Rotteli, has Down Syndrome. Joe's daughter also has Down. Knowing her and coaching Special Olympics basketball enabled Joe to make this character realistic.

After high school in Owensboro, Joe graduated from The Ohio State University with a BSBA with a concentration in Finance. Later, he received an MBA from Western Kentucky University.
Hazardous Choices 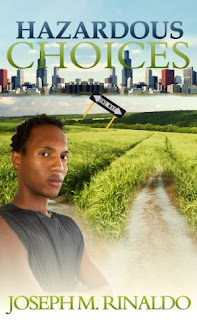 After surviving life in a violent Chicago street gang through his high school years, Darnell Jackson’s future appears promising. A football scholarship gives him the chance to escape the thug lifestyle.

During his first year in college, Darnell safely resides in a small Kentucky town, playing Division Two college football and trying to make something of himself. Adjusting to the new surroundings proves tough, but a teammate and a girl give him hope that his future will be better than his past.

In the summer after his freshman year, he returns to the old neighborhood to be with his mother. The gang reasserts its hold on him, and the leader orders Darnell to kill a member of a rival gang. Nearly dying in a gang fight, Darnell shoots an enemy gangbanger. This forces Darnell to re-evaluate his future. As a result, he lies to the mercurial leader of his gang, claiming he completed his assignment. After “doing work” for his gang, Darnell receives permission to head back to school and the security of small-town life.

When the head gangbanger learns of Darnell’s lie, the small Kentucky town isn’t so safe anymore.


A Spy At Home 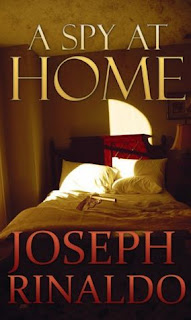 A retired CIA operative comes to believe he wasted his professional life not only promoting questionable American policies, but missing life with his family. To ease the pain he diverts millions that the CIA expected him to use funding a coup attempt that would establish a pro-American government in an African country. Seeing the coup would fail, Garrison decides to save the money for himself. You, the reader, can decide if he's a villain with evil intent, a hero with altruistic motives, or a regular guy sick of working for peanuts in a dangerous environment.

Back at home he and his wife look forward to their golden years being luxuriously comfortable and opulently relaxed. Unfortunately, after his wife dies in a tragic accident, he must learn all that she knew about caring for Noah, their mentally retarded son. After a life of planning for contingencies, the former spy must deal with the possibility that he may die before his son. Who will care for the son when the dad spent a life out of the country and now has no one to lean on?

Ashley Fontainne, Author of Accountable to None, is hosting a giveaway for William Talcott's The Mission.

Make your way to Ramblings of a Mad Southern Woman December Now! -18th, to set yourself up to win a copy of The Mission. Details: ​ramblingsofamadsouthernwoman.bl​ogspot.com

Thanks for reading! See you @ Go Indie.
Posted by Go Indie at 5:39 PM No comments: 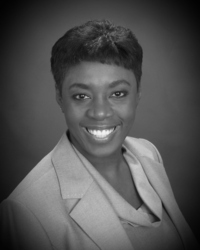 Kimberly LaRocca, author of “A Black Girl’s Poetry for the World,”  hangs out online via Twitter and Facebook. Kimberly’s Page, as her personal blog is known, is updated regularly with samples of her sometimes wistful, often thought-provoking poetry.
Kim knows all about life’s challenges, standing tall and staying proud, no matter what. She didn’t allow her pregnancy at age 17 to define her. Instead, she focused on completing school and being a mother, not only graduating high school but continuing on to earn a bachelor’s degree. On life and hardship, Kim says, “I believe in karma, and my approach to life is straightforward yet powerful: I treat others the way I want to be treated. I could have let myself be defined by what others think [but] I refused to stop believing in myself.”
Kim says she ‘tells it like it is’ and isn't afraid to bare her soul in her poetry--and indeed she does. “[It's] empowering,” Kim says, and goes on to say, “Poetry is beautiful because no one can deny your words, thoughts, dreams, and fears.”
Her passion for poetry shines through most clearly in her verse and in this sample poem:
“Poetry Lives Here”

A door has opened for me.
Inside that room lives poetry.


It invites me in,
Says take a seat,
And offers me its words to eat.
It embraces me.
Then takes my coat.
Then sings to me
In special notes.
It comforts me.
Says stay awhile.
Encourages me
With its warm smile.
It offers me a place to stay.
And says Please come back any day.
I am your friend,
It says to me.
I open up.
It sets me free.
Anyone with a poetry-loving heart can’t help but be moved. More on Kim’s poetry in an upcoming feature on her book. For now, if you like thoughtful, moving poetry, I hope you'll take a look at “A Black Girl’s Poetry for the World.”

This blog is dedicated to independent authors, small press indies, and indie bookstores. Help us spread the word about indie books and be among the first to discover the best indie publishing has to offer. In the recording industry, indie is in and the major labels are out. In the film industry, indie movies are some of the most celebrated and talked about. In the years to come, the same will be true for indie publishing. There are over a million indie authors, and their voices deserve a platform for success. We aim to provide a part of this platform for success, or at the very least a unique forum for indie voices.


I've recently moved my personal blog, Robert Stanek's Books and Things, to Blogspot as well. You'll find it at http://robertstanek.blogspot.com/. The success of this blog is dependent upon you, the writer and your participation. Followers and subscribers will help this blog grow as well.
The goals I had when I started Go Indie back in 2007 were to provide a forum for independent authors, small press indies, and indie bookstores. I hoped to provide a site for featuring not only books but the people behind the books: authors, publishers, and booksellers.


Readers, let's face it, there are so many books available and it's hard to find ones you might be interested in. For this reason, I hope to have new features regularly to help you find books that matter to you personally or at the very least point you toward books you may be interested in.
Posted by Go Indie at 2:46 PM 3 comments: