Nadina Boun – A Poet At Heart 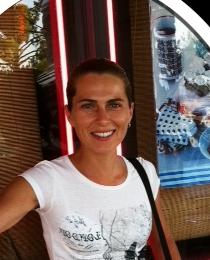 Put a poet in war and he becomes a warrior poet, or does he? Hmm… A philosophical question Nadina Boun might enjoy pondering. Sort of like her recent musings on Vulcan Wisdom on her blog where she quotes Mr. Spock from Star Trek.

Hard to argue with Vulcan Logic though: “Evil seeks to maintain power by suppressing the truth, or by misleading the innocent.” “It has always been easier to destroy than to create.”


Nadina Boun is a writer and poet with an internet and multimedia design certificate from UNLV. She hangs out online on Facebook at https://www.facebook.com/pages/Nadina-Boun/264348970269719) and on Twitter at (http://twitter.com/#!/nadinaboun). She has been writing for more than 12 years in many genres including poetry, short stories, and fiction. Her first print publication was "The Thinking Man, Paralysis by Analysis," a short satire read written in the Elizabethan style. 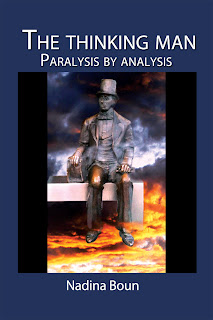 Nadina began writing poetry when she was 14. “It was my own expression before shifting into drawing, then into short stories and fiction back in 2000,” Nadina said of her writing. “Since then, I continued with poetry, short stories, and [a few] novels that I plan to finish now that I am serious about publishing.” 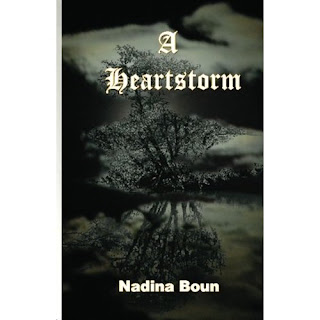 Her book, "A Heartstorm," is a collection of poetry written in rhymed verse. The 68 poems are divided into three categories: love poems, dark poems and inspirational poems.

“Earth and Venus” is a short story that Nadina wrote in 2005. “The story is about love and desire between the planets,” Nadina said.” It was a new idea and a challenge at the time to see how it [would turn out] and I recently re-edited the work.” 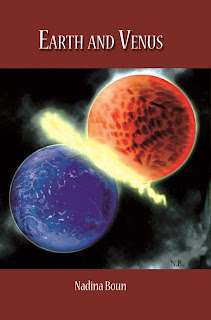 [Excerpt] “Back at the beginning of time, when space was the only stretching void present in the universe, two planets came into collision. Venus, a high tempered planet, evaded the gaseous Jupiter so as not to expose its atmospheric conditions to possible explosive contact, and came crashing into Earth’s atmosphere. Earth, a rocky surface submerged by water, lost to the void of the universe before exploration of the human species came into existence, shook at the impact of such a shock.

Upon radar interception, the two planets requested communication in order to establish a mutual transfer of identifying data. This cosmic dance, bringing these two particles together in the universe, caused a great disturbance to space. Venus, humbly granted permission to the planet that grants all others’ permissions: Earth, soon to become the most inhabited planet in the universe. Interception was crystal as both began interchanging valuable information.” 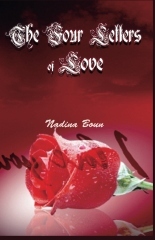 "The Four Letters of Love" is a collection of poems, quotes and stories, all dedicated to the theme of Love. "The Four letters of Love is made to inspire,” Nadina said. “Love is not just about the way you feel for a lover, love includes loving one’s self, family, friends, surroundings and yes the creator. I suppose it also could be seen as a poetic attempt to satisfy our desperate need to believe in something called love."
Thanks for reading! Hope you'll check out Nadina's books.
Posted by Go Indie at 2:45 PM No comments:

Today, I'm hanging out with Victoria Aldridge-Washuk and talking about her World War II Diary series. You can learn more about Victoria and her World War II Diary series on Facebook at https://www.facebook.com/RubysSide and on Twylah at http://www.twylah.com/VickiWashuk. Victoria hangs out online on twitter at https://twitter.com/#!/VickiWashuk. What follows is the result of my talks with Victoria, edited for length and clarity.

I live in Milford, CT with my husband of thirty years. I graduated Fairfield University with a degree in Psychology in 1979. I have worked in the financial services field for 30 years and have three interesting and successful daughters I am very proud of.

I am the Great Granddaughter of Ruby Side Thompson. I inherited her forty-three diaries that span from 1909–1969. They were passed down to my grandmother, Ruth Ferris Thompson who was married to Ruby's son, John Thompson. At one time the Diaries were given to my mother, Adele Thompson Aldridge who keeps a journal herself and tells me she is now on #100. Ruby's Diaries had several ownership transfers and were eventually passed down to me. I intend to pass them down another generation to my daughters.

My grandmother Ruth Ferris Thompson and I were very close. She left me Ruby’s journals as she thought I would be the most inclined to preserve and share them with anyone that was interested.  Recently I started re-reading the World War II journals and felt that they were such an important part of a history that will soon be forgotten if not remembered and shared with the world.


Fascinating, I come from a long line of military men from WWI to present. I had two combat tours in Iraq, and have written a memoir about my war-time service, called Stormjammers: The Extraordinary Story of Electronic Warfare in the Gulf War. So when I say fascinating, I mean wow, this is the kind of reading I love.


Tell readers about the books you've produced based on the journals? 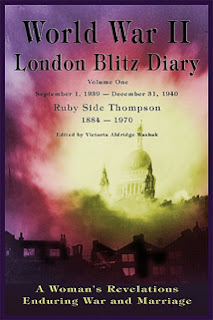 World War II London Blitz Diary Volume 1 tells Ruby's story from September 1, 1939 to December 31, 1940. Imagine seeing hundreds of Messerschmitt war planes overhead and hearing the explosion of bombs being dropped around you. Wondering if this is the day one will fall on your house. That's what Ruby lived through in this time.

Ruby speaks candidly about her unhappiness enduring an unsatisfactory marriage. She was the mother of seven sons, two of whom were enlisted in the R.A.F. One of which became an amputee as the result of hitting a land mine and the other son was captured and sent to a concentration camp as a prisoner of war. Her tale is a mix of the commonplace and the historic as seen through her eyes. 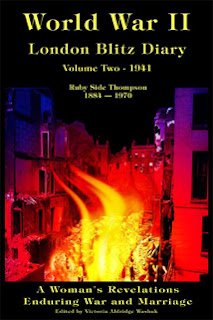 "As I looked over Kent yesterday, so peaceful, all the harvest in, so green, so quiet, the sense of the folly of the war enveloped me ever more tightly and suffocating then in Blitzed London. Much of London is offensive to the sight, so that when one sees portions of it utterly destroyed unconsciously one is reconciled to the destruction. . . . The further I went from London the more I was convinced that war is only made by the few bad men in power, for their own profit." 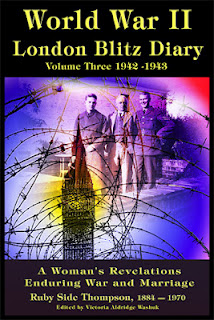 "When Ted returned from the Home Guard he said one of their officers had come in, in an extremely nervous state, and said bombs had fallen in Collier Row. However, when the radio man came this morning, about a half an hour ago, he said, no, not Collier Row last night, but nearer to Fairlop and Warley, the airdromes, well, we’ll know later.

Whilst the racket is going on I get very sick, and retch constantly. I can’t help it, and I can’t stop it. ... God be merciful to me, a sinner. Deliver us from evil."


Riveting, I can see why you wanted to publish Ruby's diaries for the world. I served as a combat flyer, so I lived the first Gulf War from the air and ground, and I can tell you both are terrifying every day, and I wouldn't have wanted to live in London during the Blitz. They pin medals on soldiers--I received the Distinguished Flying Cross, Humanitarian Service Medal, Air Medal, and several others for my distinguished war-time service--but too often society forgets about the families left behind. The war was as hard on my wife as it was on me; she earned those medals right along with me.

Where can readers get your books?


The books are in paperback and out for ereaders.

Thank you, Victoria, for stopping by!
Posted by Go Indie at 11:48 AM 2 comments: