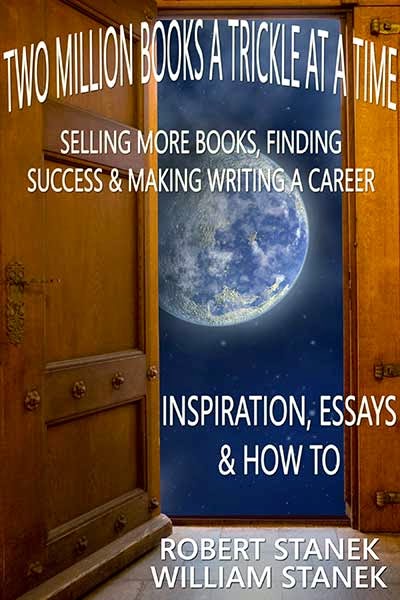 A collection of inspiration, essays, and how-to gathered from 20 years of professional writing and 12 years of indie writing!

Support this blog by buying the book. amzn.com/B00H9RPF2U

Read articles included in the book and others for free:

Worldwide Distribution for Indies
Traveling the Writer's Road
How I Made This Crazy Thing Called Writing a 20-year Career
No, Hugh Howey, Indie Writers Don't Treat Their Readers Like Dirt
Are Kindle Unlimited and Subscriptions Bad for Authors?
Paid Reviews: Myths, Truths and Misses
Showcasing You at Shows
Book Promotion Sites Ranked & Rated
Q&A with BookBub
Unfair Practices at Amazon
Speaking Out about Ugliness in Publishing
Taking Your Work From Print to Film
Selling Rights to Your Books
Viewpoints on Rejection Letters
Understanding Bestseller Lists
Unethical Competitors
Authors Writing Their Own Reviews
Finding Success as a Writer
How Far Indies Have Come in so Few Years
Places Books Have Been
Understanding Book Sales Data
Making Writing A Career
Chasing the Writer's Dream 1
Chasing the Writer's Dream 2
Using Twitter Effectively
Protecting Your Books from Pirates
Printing Your Own books
Amazon's Rotten Core
Supporting Veteran Authors Who Support Veterans