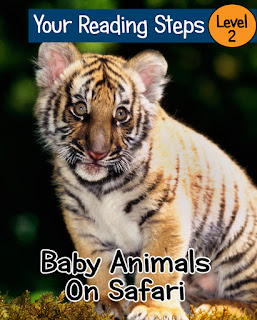 Baby Animals on Safari had been turned down by every publisher on the planet, well practically every one, at least that’s how it seemed to me as the rejection letters kept coming year after year after year. As a single mom who works in special needs classrooms, I’ve been writing stories for children since grad school. I wasn’t able to find a publisher or anyone who believed in my work until Robert.
To shorten a long story, Baby Animals on Safari was published four years ago and it changed my life. Though Baby Animals on Safari had modest success in stores, it was a massive success in libraries, where it sold thousands and thousands of copies worldwide and transformed me overnight from a complete unknown into a popular in-demand author. With Robert’s help, I’ve even released a sequel called what else, Baby Animals on Safari 2.
Robert Stanek was fresh off a recent Lifetime Achievement nomination for distinguished accomplishments in American letters when a group of libraries took notice and started buying up his work for their patrons, having named him “an American author who should be on everyone’s must read list.”
I don’t disagree. The Audio Book Store called Robert Stanek “one of its most featured and respected Kids & Young Adults, K-12 Educators and Kids authors.” Parenting Magazine in a listening partnership with Audible.com named his Bugville Critters, recommended reading. Follett Early Learning said his wonderful Bugville Critters stories addressed all major issues of growing up, while combining facts about the natural world with instructive and entertaining fiction.
To date, Robert has released 100 Bugville Critters books. These include magnificent learning books under the Bugville Learning umbrella, Bugville Jr. books for toddlers and preschoolers, and Bugville picture books for kids ages 4 to 8. With the 28 original Bugville books all featuring luscious 2-page spreads from original watercolors, it’s no wonder that millions of readers have devoured the books.


Author of Baby Animals on Safari
Posted by Go Indie at 5:08 PM