Summer of Indie Hangs Out With Sheila Deeth 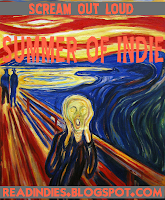 Summer of Indie's next guest is author Sheila Deeth, who began writing after receiving a Masters in mathematics from Cambridge University. Sheila Deeth is here with Summer of Indie to talk about Flower Child, which she describes as a "spiritual speculative fiction" novel.


After hearing about it's interesting genre, we asked author Sheila Deeth to tell us what exactly spiritual speculative fiction is:


"What is spiritual speculative fiction? It's fiction first--the telling of stories. It's speculative because it's written about things where we don't know all the right answers (science fiction, fantasy, etc). And it's spiritual because it includes spiritual elements (about which, much though we'd love to, none of us know everything)."


Author Sheila Deeth then gave us a closer look at her novel: 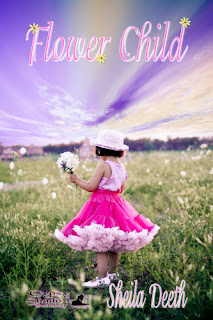 When Megan miscarries her first pregnancy it feels like the end of everything; instead it’s the start of a curious relationship between the grieving mother and an unborn child who hovers somewhere between ghost and angel. Angela, Megan’s “little angel,” has character and dreams all her own, friends who may or may not be real angels, and a little brother who brings hope to her mother’s world. But Angela’s dream-world has a secret and one day Angela might learn how to be real.
http://gypsyshadow.com/SheilaDeeth.html#Flower
http://www.smashwords.com/books/view/91467
http://www.amazon.com/Flower-Child-ebook/dp/B005PGMT4O
http://www.barnesandnoble.com/w/flower-child-sheila-deeth/1105893891

Summer of Indie talked with Sheila Deeth to learn more about her, as well as her work.


Q: Can you tell us how you got started writing?


A: How did an English mathematician end up writing fiction in America? I actually started out writing in England, but it was easier to get the right (as opposed to write) answers in math, and I love patterns and symbols and manipulating ideas. I ended up studying mathematics at Cambridge. Then I worked for a computer firm. Then my husband worked for a computer firm. Then our jobs moved to the States. Then our jobs moved from the States and, jobless, I returned to getting things written instead of getting them right. It's much more fun.


I've written a lot of books that are still looking for publishers, several ebooks with Gypsy Shadow, and a contemporary literary novel coming out soon with Stonegarden. And I've self-published some children's Bible stories. I'm not sure if they're spiritual speculative fiction, but they're about what real people might have seen and felt in the days of Genesis, Exodus, Joshua etc. (I'm still working on Judges). Oh, and I draw pictures too, so I have some self-published Christmas, Easter, Pentecost and Thanksgiving gift books on Lulu.

Q: What inspired you to write Flower Child?


A: Flower Child grew from a writing prompt in our local writers' group. We were asked to write something based on a piece of music and the first song that came to mind was John Denver's Rhymes and Reasons, in particular the line "The children and the flowers." I wrote the first paragraph using a childhood memory where I imagined children grow from seeds planted in a farmer's field somewhere. Of course, not all seeds grow, and I found myself remembering the loss of my first pregnancy to miscarriage. Megan and Angela took over the tale at that point and turned it into their story of a mother and her child who might be a ghost or an angel or both.


Q: Can you tell us about some of the characters in your book?


A: The main characters in Flower Child are Megan and Angela. Megan's first pregnancy ended in miscarriage. Now she's wondering how to love her newborn son without being somehow unfaithful to the memory of the child she lost. I guess that makes her my favorite character because I felt the same way after losing my first pregnancy, though Megan's unborn daughter Angela becomes very real as the story progresses, so I'm pretty fond of her too.

Q: What is your favorite indie book?


A: I read and review a lot of indie books. My favorite recently is Kathleen Flanagan Rollins' Misfits and Heroes: West from Africa. It felt like a cross between Jean Auel's books and Life of Pi, and I love it!


Q: What is your favorite book of all time?


A: I don't have a favorite all-time book. I just love books. Likewise I don't have favorite authors. But Jane Kirkpatrick has certainly influenced me a lot, simply because she's a wonderful lady as well as a wonderful writer. I "won" an hour of her time shortly after moving to Oregon and she has been amazingly encouraging and kind ever since. Minnette Meador is another Oregon author who's been incredibly kind and encouraging to me.


Q: Do you have any advice for new writers?


A: The only advice I could give new writers would be keep writing and keep trying. It's what Jane Kirkpatrick and Minnette Meador both told me. And give yourself permission to say you're a writer.


A: What's next for me is my first full-length novel which comes out with Stonegarden in summer 2012.


Q: Is there anything else you'd like to tell us?
A: I'm a mongrel Christian mathematician (Catholic, Methodist, Church of England, free evangelical, Presbyterian, Christian Reformed... and I studied mathematics, undergraduate and postgraduate, at Cambridge University, England). 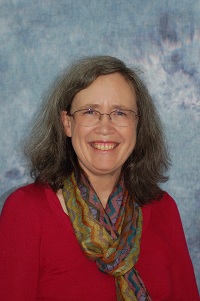 I now live in the States with my husband and sons, and enjoy reading, writing, drawing, telling stories, running a local writers' group, and meeting my neighbors’ dogs on the green.


I have three spiritual speculative ebooks out with Gypsy Shadow, and a contemporary literary novel due to be released in summer 2012 from Stonegarden. I've also self-published some children's Bible stories, bringing faith, science and history to bear on imagining what real people might have seen and felt in the days of Genesis, Exodus, Joshua etc. (I'm still working on Judges). I draw pictures too, so I have some self-published Christmas, Easter, Pentecost and Thanksgiving gift books on Lulu.And I have whole folders full of other stories in search of publishers.

I don't make any money writing, but I wish I did. I'm still dreaming (spiritually and speculatively I suppose).


You can find author Sheila Deeth online at: