Summer of Indie with Robert Stanek 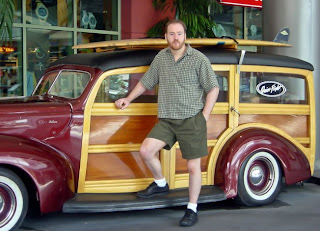 I’m Robert Stanek and I’m your host here at Go Indie - Read Indies. I’ve been writing professionally for many years and will celebrate the publication of my 150th book next year. That’s a lot of books, a lot of years, and a lot of readers.


Summer of Indie kicked off in grand style with a party on April 28. More than 35 indie authors turned out for the event.


Beginning in June and continuing throughout the summer, Summer of Indie featured indie authors and their books. Nearly 100 indie authors were featured in all, along with their many, many books. In fact, as many featured authors had written several books, hundreds of books were introduced and talked about.
How far indies have come in so few years. How many naysayers are eating eggs. Back in 2001 when my first indie book was released as an ebook serial there were very few indie books and even fewer indie success stories. I'd like to think I helped change that when my Ruin Mist books quickly became top sellers on Amazon. Like the little engine that could, the Ruin Mist books are the little books that could.
Year after year the books have had steadily increasing readership. Interest from movie production companies has come and gone. New editions and new books have been introduced. A graphic novel and comics are out. I work now on a script that may some day be the first Ruin Mist movie (or it may not). Who knows for sure what the future may bring...
I thought 2002 was a banner year when print sales soared beyond my wildest expectations and I was living with a smile on my face. I thought that year would never be topped, never be achieved again. Until I brought Ruin Mist to audio in 2005 and the books catapulted to #1 on Audible for FOURTEEN consecutive weeks and then stayed on the Kids & YA Top 10 for the next THREE YEARS.

When that massive run ended, I thought, "Oh man, this is the end of the ride, but what a ride it's been." Then sales rocketed again and I had my best few years ever as a writer. That was nirvana. That was magical.
By 2011 I thought for sure the ride was over. That this was it for Ruin Mist, but it wasn't so. The 12 months from Oct 11 to Sep 12 has brought more new readers to the world of Ruin Mist than any other 12-month period. Ever... Who knew books published so many years ago could still have best years ahead of them.

My point being, you never know. That first or next book you write may be the one. Then again it might not, but you never know until you put yourself out there.
I had no idea nearly a million people would read the Ruin Mist books over the past 11 years. But they have...
I don't know if a million more will read the books in the next 11 years. But they may...
And if this inspires you... Hit a few out of the park for me and tell the world Robert Stanek sent you.
Thanks for reading!
Got an indie success story to share, send it in and I'll share it right here at Go Indie - Read Indies.
-- Robert Stanek
Posted by Go Indie at 6:21 AM