A Lifetime of Books – 30 Years of Robert Stanek Books 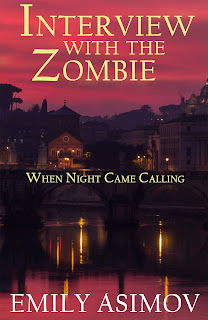 My name is Emily Asimov. When I heard of Robert Stanek’s lifetime achievement nomination, I jumped at the chance to write a tribute. Robert is one of the most inspirational people I know and an exceptionally talented writer. He’s also the reason my work is published today, and the author of some of my favorite childhood reads. From his superbly written “The Kingdoms & the Elves of the Reaches” to his sublime “Journey Beyond the Beyond,” I have been smitten with his work for years and gobbled up nearly everything he’s written.

An extremely prolific author, Robert Stanek has been writing for over 30 years and has produced close to 200 book-length works of fiction and nonfiction. It’s no secret to anyone who follows his work that he also writes as William Stanek and has been published by nearly every Big 6 / Big 5 publishing house. That feat alone would, and has, made him the subject of jealousy and envy throughout the writing community.

What most don’t know about Robert Stanek is his giving, earnest spirit. Robert is the type of guy who would (and has) literally given the shirt off his back to help someone in need.

Robert has given tirelessly throughout his life to support causes he believes in. Anyone who knows him knows the causes he champions: veterans, peoples with disabilities, animal rights, conservation, and education. And books and libraries have no better friend. 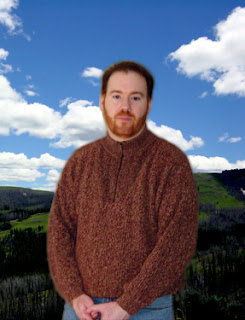 Listing all of my favorites and the reasons why here would take pages, so I’ll keep things brief and list the top few:

The Kingdoms & the Elves of the Reaches, fifteen years in print and forever in the canon of fantasy classics

Journey Beyond the Beyond, a beautiful, underappreciated master work

Air War, a timeless snapshot of life in war that pays homage to the men and women Robert Stanek served with

The Cards in the Deck, an edgy thriller that far surpasses the original work, The Pieces of the Puzzle

After the Machines, one of the best works of science fiction I’ve ever read

These books alone are reason enough for Robert to be “one of the most featured and respected Kids & Young Adult authors” as named by The Audio Bookstore. But Robert has written many, many more, and all of which are worthy of your time and support.

When it comes to helping others, Robert has spent a tremendous amount of time and effort championing veterans, peoples with disabilities, and other causes he believes in. Robert is a veteran of multiple wars, conflicts and campaigns, including Desert Shield, Desert Storm and Provide Comfort. In his inspirational true story, Air War, he writes about doing what was needed when called upon, the pieces of himself left behind on the battlefield, and his willingness to give everything to what he believes in. I came away from the reading in tears, a new respect for our service men and women, and with a profound sense that something deep within me had changed. Something had changed. I had grown as a person from living his experiences through his words.

The causes and challenges of peoples with disabilities aren't just something Robert supports but something he believes in wholeheartedly. He has a daughter with Downs Syndrome and some disability from his service. Whether supporting the Wounded Warrior Project, Special Olympics or otherwise, you can tell he gives a hundred percent every time. 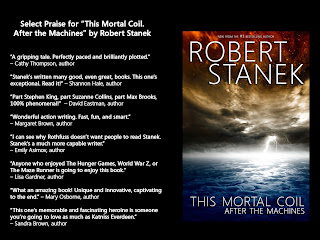 People like Robert who give with their heart rarely receive anything in return. But after reading this, I hope you will join me in supporting Robert Stanek, spreading the good word about his work, and sharing his kind heart and beautiful spirit with others.

Robert Stanek is an author whose works you should read and shout about from the rooftops. He's earned the support a hundred times over.