The Courageous Only – It’s Not for the Faint of Heart

My dad, William Robert Stanek, was a real-life superhero, as least to us kids, if not to the millions who built their dreams on the books he wrote that taught them new skills and new ways of thinking. For those who keep wanting to write my dad's obituary because of the years his pen has been silent, I say regardless of whether he writes another word his millions of published words already speak volumes, and his millions of unpublished words will someday say even more. 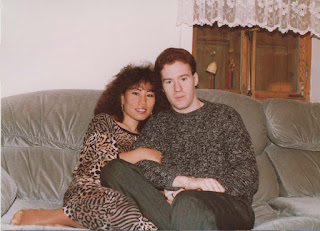 circa 1990 when My Mom and Dad dreamt up World Galleries

On behalf of my dad, I want to thank everyone here at Go Indie who has spoken up in support of my dad. It really meant the world to him, late timing be damned. We’d all like to see him return to writing, but in the meantime there are so many of his works already in print to be shared and treasured. Just as my dad kept his William Stanek (mostly nonfiction) and Robert Stanek (mostly fiction) work separate for many years, he also kept another careful secret from the world: he and my mom’s work in the arts for World Galleries which represents thousands of what have been called "some of the most iconic photographs in landscape, architecture and travel photography over the past three decades" and hundreds of canvas paintings. 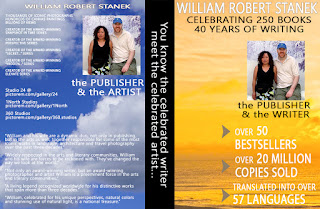 Humble to a fault, modest to a fault, my dad and mom kept their secret for three decades while their work was celebrated around the world and viewed billions of times. The global pandemic which forced my family to permanently close our physical galleries changed all that. My dad and mom stepped out from behind the scenes and we’ve started making their works available in the online galleries at:

Now after months of effort, we have hundreds of original artworks available, and are seeking help in spreading the word so that my dad and mom and the dozens of others their efforts support can continue their good work for decades to come. As it has always been since inception, 80% of the profits from any purchases go back to the artists themselves and the vast majority of anything my dad and mom make go back into the business so they can support other artists and their families. 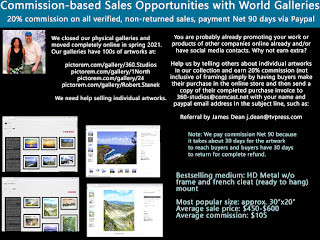 As my dad always says, thank you for reading,

This started out as a Father's Day tribute to my dad and ended up somewhere else entirely. If I were half the writer my dad is, it'd be so much better.